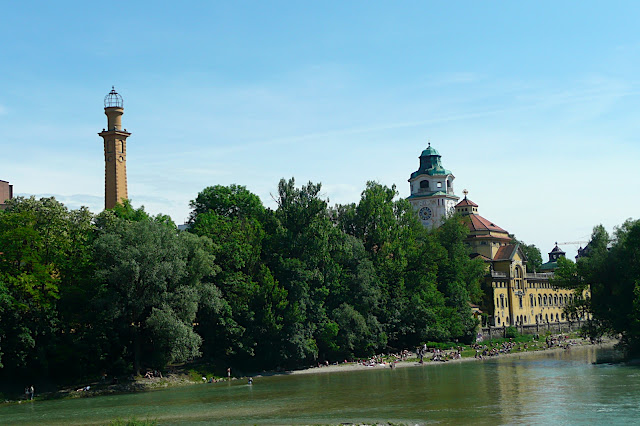 Ein Schönes Wochenende is a great weekend. Also a type of train ticket you can buy on weekends good for up to 5 people for one day of the weekend and until 3 am or 6 am or something the following morning. The catch is that you can only use regional trains—no ICEs (InterCity Express). 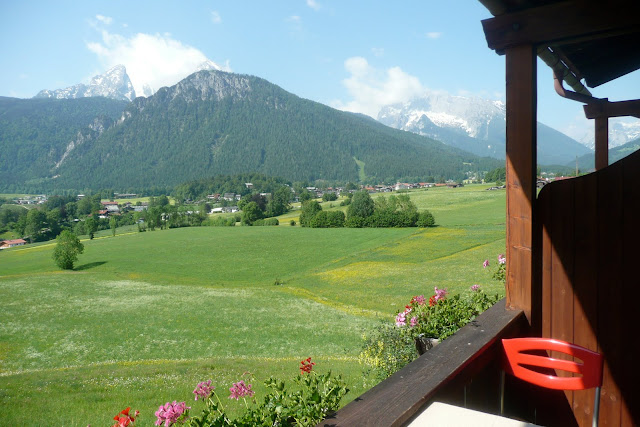 My brother John and I had ein ganz (= totally) schönes Wochenende, though we took ICEs (and a TGV from Karlsruhe to Stuttgart!*) on the way to lovely München on Wednesday morning, where we spent our time with family friends who live there. We drove down toward the Austrian border near Salzburg and spent two days near Königssee and Berchtesgaden (hey! I read about that when I was writing a term paper on the Anschluss of Austria!). AKA Alps! I have no time for being awake right now. So, pictures! 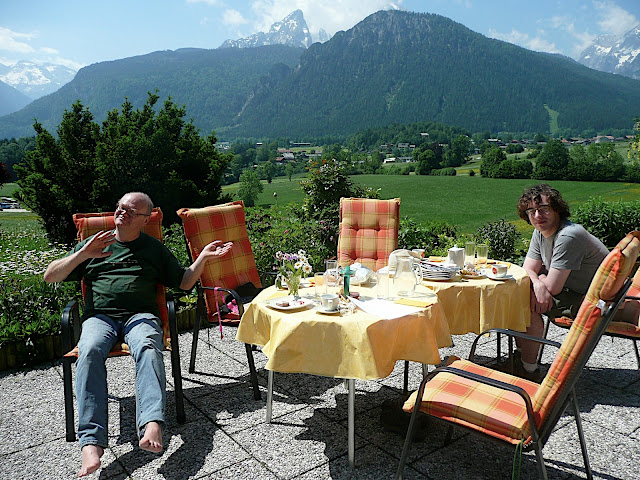 *I was excited because we always learned about trains de grand vitesse ( = high speed trains) in French class but ours was switched to regional on my France trip after 11th grade to save money when the dollar took a dive and our trip got more expensive. It was not very exciting, though. 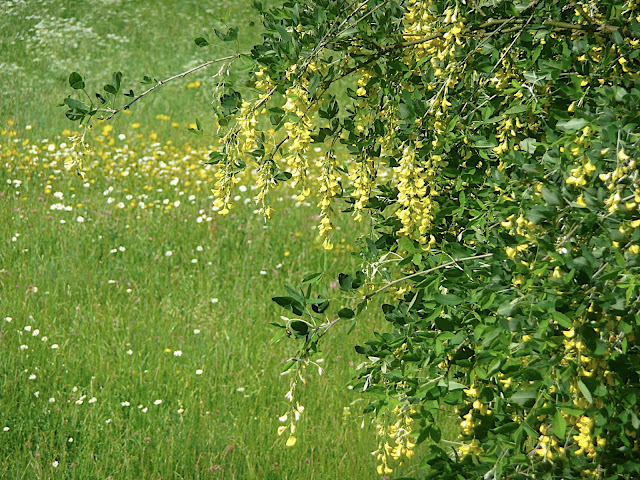 1. The Jugendstil (= Art Nouveau) Münchner Volksbad on the River Isar, and bathers along the shore.
2. View out of my room at the bed and breakfast in Schönau am Königssee, complete with Watzmann mountain.
3. Post breakfast on the sunshone terrace—a birthday concert.
4. Yellow!
Edit: The full photo album is available here.
Posted by Marisa on Monday, May 25, 2009 No comments:

I live in Vauban, an area south of Freiburg's city center. Out my window, I can see a parking lot between two buildings that I've been told are a "hippie commune." I figure that's a little judgmental, but it's probably close to the truth. The parking lot is full of large vans that people live in.

Last week, Maraia, Ali, and I accidentally walked down the other side of the hill/mountain we were "hiking" on and into another valley. On our walk back to my apartment we ended up walking alongside a protest on Merzhauserstraße, the main street in Vauban. It was a parade of large vans and old delivery trucks moving slowly down the street, blasting music, and stinking up the air with exhaust. The endpoint was the other parking lot between my building and the Straßenbahn track.

I'm not sure what they were protesting, exactly. There were signs about how there should be more Wagenplätze (spaces for vehicles? a parking lot is a Parkplatz) in Freiburg, I guess so more people could park their large vehicles and live in them. That's what made sense to me. They were also against the Green Party, I think, which is odd because Vauban as a neighborhood supports the Green Party. They were looking for areas without laws, I think.

The reason I bring this up, in my convoluted way, is because it sort of relates to the real excitement: there's an article about Vauban and "suburbs without cars" on the front page of the New York Times today*! It's maybe embarrassing to admit this, but I never noticed that Vauban was an area without many cars, at least any more than other parts of Freiburg. I live in the vicinity of two parking lots (although they are mostly occupied by the large, inhabited vehicles that don't usually contribute to traffic) and my building is right off the main street, which is full of cars as well as the Straßenbahn that I love.

I was surprised when I clicked the link for this article and my home showed up. Especially two (?) days after the Style section featured an article on Grosse Pointe, where I grew up, and its 'blues.' I found that article irritating.

(Is it weird that I instinctively wrote "Grosse Pointe and her blues'? 'Pointe' is feminine en français.)

*I saw it online in the early hours of Tuesday in Germany, when it was still Monday at home...and it came up under science, so I figured it was from the science section, which is what I originally wrote here. Several people have told me otherwise. The front page is so exciting!
Posted by Marisa on Monday, May 11, 2009 2 comments: