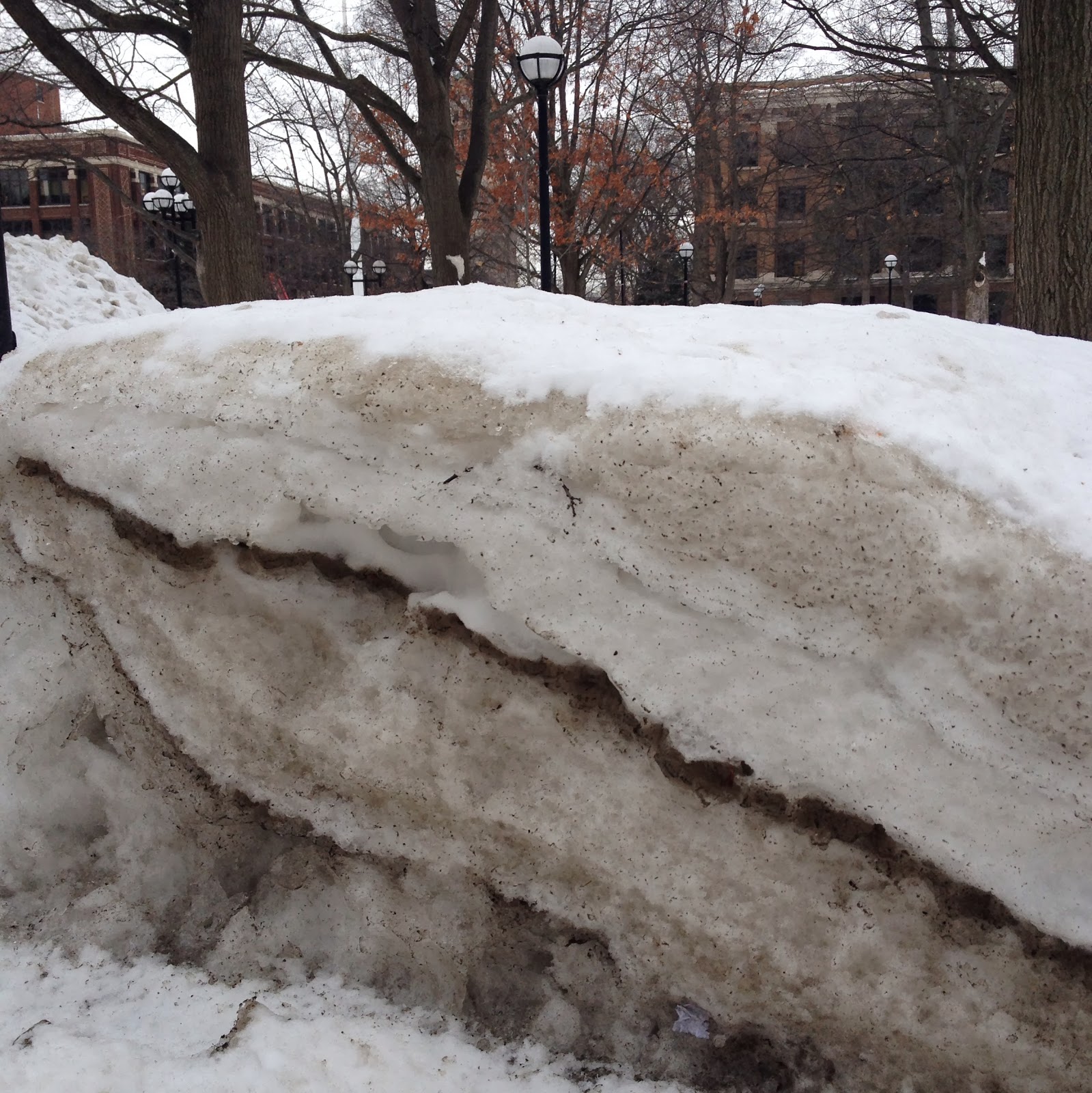 I may have, as we were nearing the end of this January (the coldest January of my life), blithely remarked once or twice that February is routinely the worst month of the year. It has been an important facet of my personal belief system for quite a while. Still, I was feeling optimistic. It can't get worse than this is a sentiment I'm sure many of us have shared as we trudged through or avoided the -30 degree windchills of the polar vortex (parts one and two), oblivious to the fact that though the snow couldn't get much worse, it also wouldn't leave us for another month; instead, the mounds would steadily grow, and the slush and ice would persist, threatening our safety on the roads and sidewalks.

I escaped to Florida at the end of February's first week. When I booked those tickets at the end of October, I had no idea how well-timed the trip would be, how bitterly and persistently cold a winter Michigan would have this year. I just knew I wanted to visit my friend Rachel, and that winter was a good time to be in Florida.

It still hadn't let up when I returned from the long weekend. Now, a week later, it has snowed some more and will snow again tonight -- 100% chance.
*  *  *
And it did snow. I guess it snowed several inches last night. On my walk to work, everything was basically the same, just cleaner and fresher again, the various snow control vehicles repopulating the university campus to clear the paths I reluctantly take.

Today, like yesterday, like Friday and Thursday and Wednesday before it, I cannot bear the thought of my afternoon job. I ate breakfast, I eat lunch, I'm still hungry. My eyes, exhausted, my head, achey, I cannot bear these computer screens I have to stare at. This has to stop. Make it end. Let me go home. I know the particulars of the job are part of the problem. But I think it's really the February-ness of life right now that is to blame. I was feeling pretty good about things until I got entrenched in February, and February told me there was nothing I could do but whine.
*  *  *
At the end of January, we decided to fly to California for "spring" break. The tickets were at first so cheap that I thought (what hubris) that I could simply eat the cost, take it from my monthly budget and not pull the money out of savings, from my jealously guarded travel fund that is really only meant for a long-awaited return to Europe. The plane tickets went up, and then there were hidden fees, and still we bought them. If I continued to buy no new clothes, and didn't eat out, and put my paltry tax refund toward it, surely I could still maintain all my other money.

Nope. I'm slashing savings goals left and right. There is still a week and a half of February to go -- that's almost half this deceptively short month -- and the usually comforting knowledge that my afternoon position pays 50% more than the others can't make up for how pathetic it makes me feel. Because all that money is already spent.

February, when I say goodbye to you, I will be 30,000 feet in the air and heading west. This means I have to bear a few extra hours of February -- we get into Oakland International Airport at just about midnight, Pacific time -- but whatever. Once we've crossed the continental divide, who cares.
Posted by Marisa on Tuesday, February 18, 2014 1 comment: