One thing I had a lot of trouble with at the beginning in Germany was groceries. All the brands were new, the apple varieties were different to some extent, and I didn't know exactly what words were being used when I was asked if I wanted a receipt or not. Buying your food is such a basic part of life, but I didn't have a routine or the vocabulary for it in Freiburg.

We talked about reverse culture shock at the beginning of the year, and as the AYFers started disappearing from our lives in waves at the end of July, news of culture shock would filter through on Facebook. I don't think I experienced culture shock coming to Germany, really. Of course it was different, but it wasn't that different. I thought coming home would be the more earthshaking event of the two, because not instinctively knowing how basic things work in your own country, city, house would be so alienating. 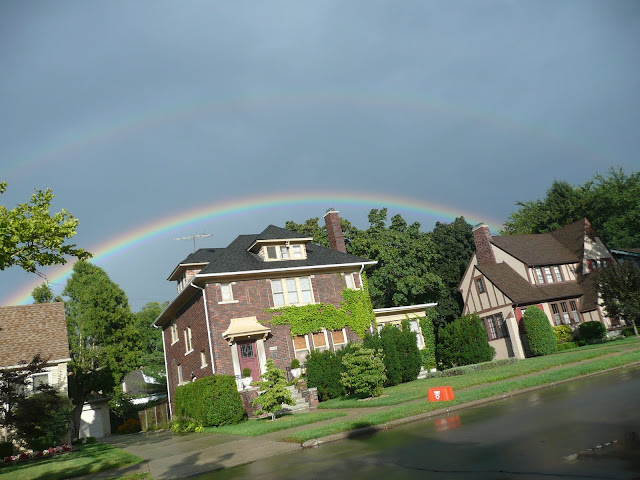 But by the time I came home, we'd already spent a fair amount of time in Freiburg brainstorming the mundane things like light switches and doorknobs that are so different than in Germany. In Frankfurt, there were two men letting us onto the tunnel-hallway-thing to the plane and they both sounded like Detroit. Nine hours, two bad movies, and one good one and we were on solid ground again. Signs were in English. My family was with me. We got on the expressway.

My instinct was to order my lunch-dinner-post-plane-meal in German, so I tried to get my mom to order for me but ended up doing it myself. Sitting in the Secretary of State at Alter and Mack felt really exciting to me despite the long lines or maybe because of the crowd. The way the clouds are so fluffy and expansive in the wide Michigan sky continues to amaze me. Being able to drive is so convenient, and being able to buy alcohol legally in America feels cooler than I ever would have expected, considering I don't really like it and could buy it legally all year in Europe. The sentimentality for farmland and the history of immigration and the frontier and proper (Great) lakes and so many things American that grew while I was away hasn't died down since my return, although it does not extend to parts of Ann Arbor like the masses of drunk football fans in awful yellow shirts or the unnecessary air conditioning in so many of my classrooms. I also feel a little out of things a lot of the time, like I'm in a fog and don't really connect to anyone or anything. 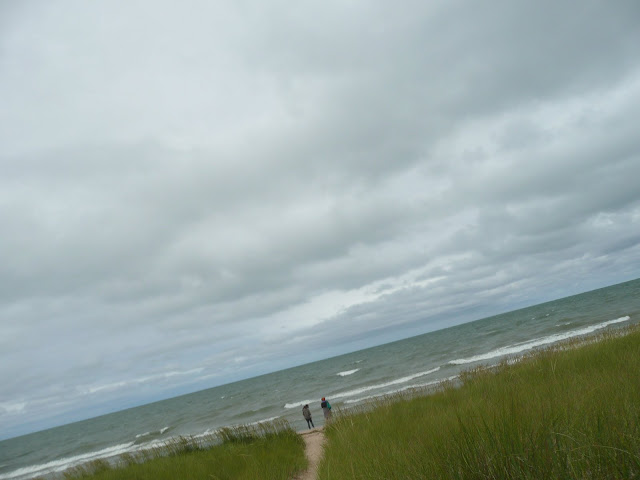 Mainly, though, I feel like I came back to the same place I had left (except with Obama stickers on basically every car in this city now), nothing really has changed (even though plenty has), and Germany was probably a dream that never happened. Most things seem normal. But the grocery stores here are a problem now. I can't handle this Kroger which is not organized like the one I grew up going to and does not sell the food I ate in Germany. It feels so foreign and yet not, and I hate it.

1. Double rainbow to the east of the city, viewed from my street. Our German friends got great pictures of it over Conner, on their way from I-94 to our house.
2. Huron with a heavy blanket of clouds.
Posted by Marisa on Wednesday, September 16, 2009 2 comments: