If any of you out there are students of German—which some of you are—then you recognize this title. Im Juli is a film by prominent Turkish-German director Fatih Akın, probably the most positive of his that I've seen, though I've only seen four. I think the other three (Gegen die Wand, Auf der Anderen Seite, Soul Kitchen) are more powerful or just plain better, but a lot of people really like this movie, and, well, I'm writing about July. Im Juli is a road movie with a love story. The two main characters travel from Hamburg in northern Germany all the way to Istanbul. They travel by borrowed car, hitchhiking, stolen car, more hitchhiking. In July, I traveled by plane, and car, and boat. I didn't hitchhike. I didn't even get on a train. 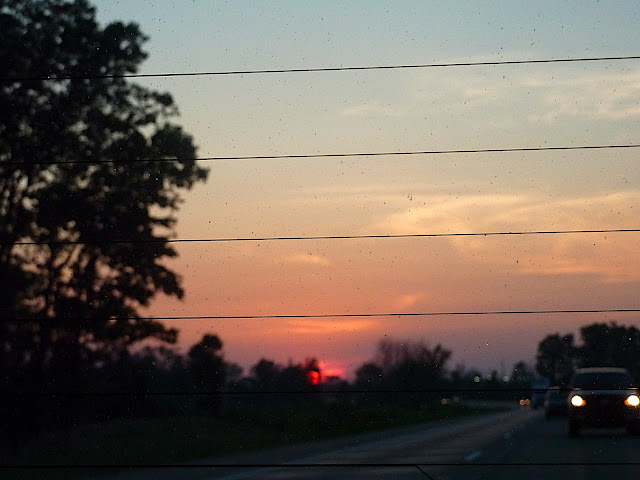 I started the month celebrating the Fourth of July in West Michigan with Ali and Drew and Cooper, spent twelve days in Rhode Island with dear old Rachel and co, then ended the month with Ali and Drew again—first Ali came to Detroit (she got to take the train), and we went to a concert, then we drove back to Gobles and Mattawan with a puppy in tow who was on her way to a new home, which she reached via the ferry in Muskegon that crosses Lake Michigan to Wisconsin. In between these trips, I was in Ann Arbor off and on. I spent twenty of July's thirty-one days as a guest. 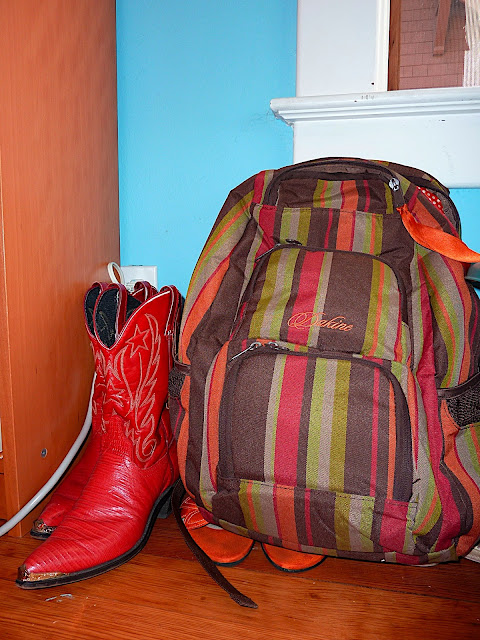 This backpack and I have gotten real close this summer. (And, the boots from this post.)

Rhode Island was a big commitment. There was no way I'd drive that far, by myself, in a car without air conditioning, so I had to buy a plane ticket. Once you're spending that kind of money, you want to stay a while, but not too long because you set the dates and generally stick by them. Her family had told me, again and again, that I could stay as long as I wanted. Since college started, we had only caught Rachel for days at a time except at Christmastime; then, last August, her family finally made the long-postponed move for her mother's job, so she doesn't even come back for the holidays anymore. I hadn't seen the whole family the way I used to—going over after school, staying for dinner, spending the night on weekends—in a while. I hadn't really seen them like that since sometime in high school, but even though they're in a new house in a different state, and Rachel's a college graduate while her little sister has accumulated many more sisters through her sorority, a lot was the same. We did touristy trips, went to the beach a couple times, but also just existed together. 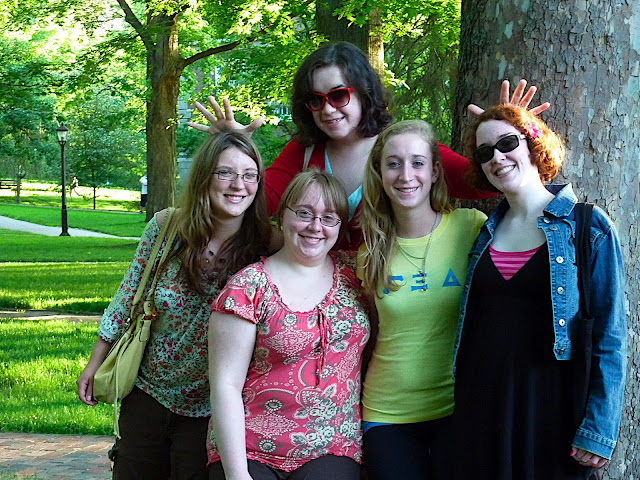 Ali, Rachel, Maddie, and me, with Emma above us. This is actually in Ohio, in May, but it includes three of the people I stayed with in July.

The weirdest thing to think about while in Rhode Island was that I didn't actually know when I would see the whole family again after that. Rachel, I would probably see in the not-too-distant future—about a week from now, it turns out, coinciding with Emma's return from Poland—but she won't live in the woods of Rhode Island with her parents for too long. Rhode Island's not that far from Michigan, and definitely not from the rest of New England, but it's not somewhere I'm likely to go with any regularity. Staying with Ali and Drew was completely different.

On the Fourth of July, hurtling along the country roads at sixty or so trying to follow Ali from her grandparents' to Drew's place was challenging. After a couple days going back and forth during my visit at the end of the month, I knew exactly where to go, although I would forget to watch out for Drew's driveway. And even though Drew, like the rest of us, won't be where he is now for too long, I had this pleasant feeling that driving under the arching trees past the ranch houses and the fields was going to stick, because Ali and Drew intend to stay in the area. As the years go by, they'd like to move up from the five golden chickens Drew keeps at the house he lives in now to land of their own where they can grow their food and raise the children they might one day have.

I can picture the next year of my life, sort of. I've got the setting and a lot of the characters picked, at least, if not the plot. You could even say I know some of the conflicts. After next summer, though, it becomes much hazier. I live places. I make money, I hope. I have a life, eventually, but maybe not in close proximity to the people I have willed to stay close to me. Ali and I sat one evening on the raft, dangling our feet in the little lake, talking about her future, the jobs she'll have, the dinner parties she'll invite me to. Her mom and her five siblings, who have always been of utmost importance, will probably spread farther apart than she would have once liked. "But they'll visit," she said. She always insists I'll stay, or end up, in Michigan. I don't know. I hope that I'll end up living close enough to visit often. I realized that evening that this vision she's been forming of her future gives me a glimpse into mine, because I will be part of it. I don't know where I'll be getting my mail and paying my taxes, or who with, or when, but at some point, if everything works out to the bare skeleton of our dreams, Ali's home will be a fixture in my life and my children's lives. Even if they're a decade younger than her kids. Hopefully not all of them—it would be inconvenient.

By the time I finally said goodbye to Ali and headed home, it was August 2nd. The month of travel was over. Back at home with my parents, I missed living with my friends. I had tried my best for a month to be homeless, but now I want a home of my own again. And so I found one: I'm moving back to Ann Arbor mit meiner lieben Emma and those silly cats come September. Come, September! No, you can wait. I might be impatient during the next two weeks of limbo, but they're full of guests, which will be nice. And despite the stickiness and the sometimes isolation, I don't really want this summer to end.

Also, watch Im Juli. I think I'm going to for a second time. 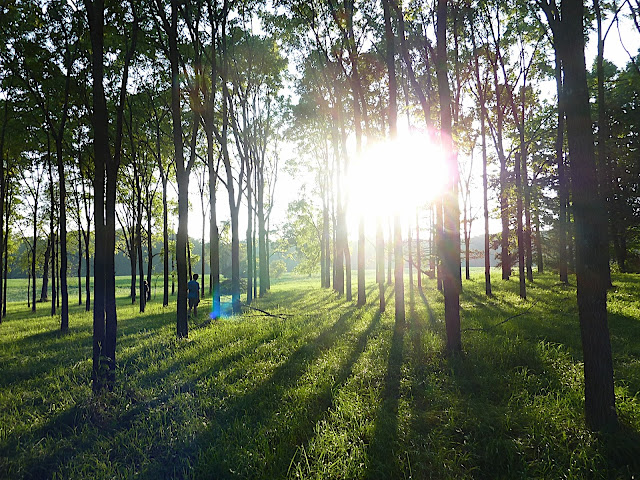