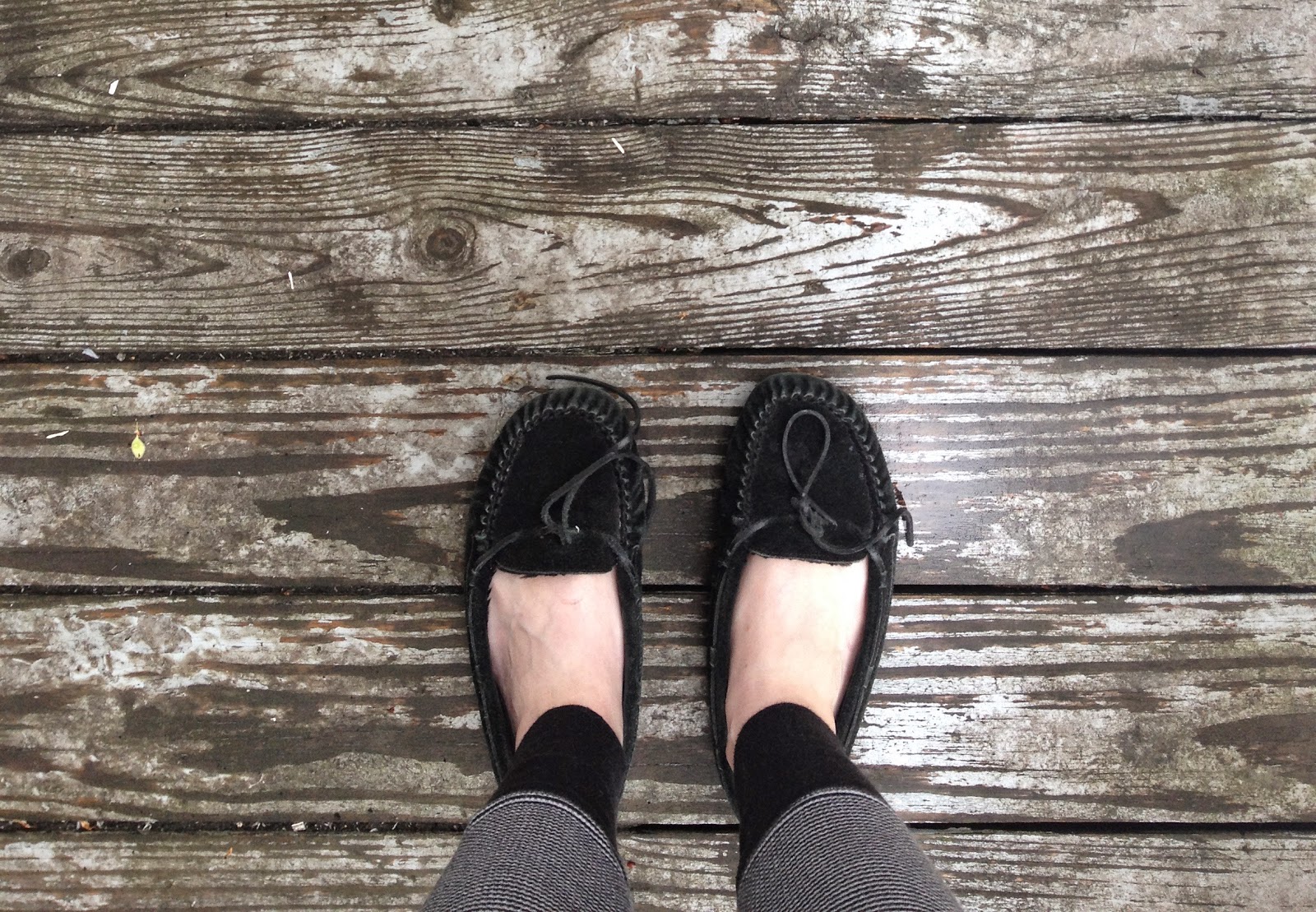 Right now I’m fixated on the back porch, the balcony—the feature of my apartment that doesn’t really exist. (In the background I’m also shopping for a new rug in the bedroom, obsessing over lighting and decor options for my drab taupe box of a windowless office, and wondering what color scheme would please me for pillows in the living room…and that’s just for spaces that are mine.)

Spring is here in Michigan, and so, like everyone else, I want to be outside. I want to own my desires and bring them to life, I want to bike through the fresh air and nap in the sunshine and read on the porch.

Before we moved to this apartment, our small but sufficient one-bedroom, I was already thinking about the fire escape. I knew a previous tenant had grown herbs on this fire escape, and I have fond memories of the fire escape to the apartment I shared with Emma, which was big enough for a table and chairs, three stories up in the trees. I thought of all the New York City stories that include ducking through the window to catch some air on the steps; hanging a string of lights and claiming a small patch of the sky for oneself. Sure, we have a bathroom with a tub in it, a bedroom separate from the living room, two closets, and a kitchen. We have space for our bikes in the hallway, and windows in three directions. It’s enough, but it also isn’t enough.

I imagined us, having just moved in together, mixing drinks and carrying them through the apartment, one of us locking the cats in the bathroom so they couldn’t escape, and then opening the door at the back of the bedroom and stepping out into the early evening to sit on the steps and savor the last of summer together.

*  *  *
It’s a good vision. Alas that our first September in the apartment came with a wasp infestation, centered on that back wall of the bedroom. I was checking out the fire escape, in the early days after moving in, and when I turned to go inside, I put the full weight of my leg down onto a wasp with my bare foot. That was the last time I went out that door until the following spring—and that wasn’t even the worst of it. After our maintenance guy and then an exterminator had sprayed three or four times, we started to find poisoned wasps languishing, first on our bedroom windowsill, and then all over the bedroom floor. Two, four, six, thirty, until, the final day, Cooper came home to somewhere around seventy-eight dead and dying wasps writhing on the carpet at the back of the room and under the dresser we had under the window, while a sadistic cat looked on. After that, we covered the cold air return in the room, and the rest of the wasps died and were no more.

That horror stunted my fire escape dreams, and although I swept the little landing at the top of the crooked wooden steps a couple times, nothing came of it. Until now! This year, I ‘m ready. I’ve got some copper-wire fairy lights I bought at Christmastitme but don’t really like indoors. I bought Cooper a curly parsley plant this weekend—supposedly it’s one herb that can actually do well inside, so hopefully he can permanently give up buying bunches of parsley that are always too big to use up in time. Soon we’ll add some other plants to enjoy for the summer, although they won’t want to winter with us (basil, thyme, some flowers). We can bring out a stool or two folding chairs, and sit on our miniature deck and look at the leaves in the trees, and into our neighbors’ windows. 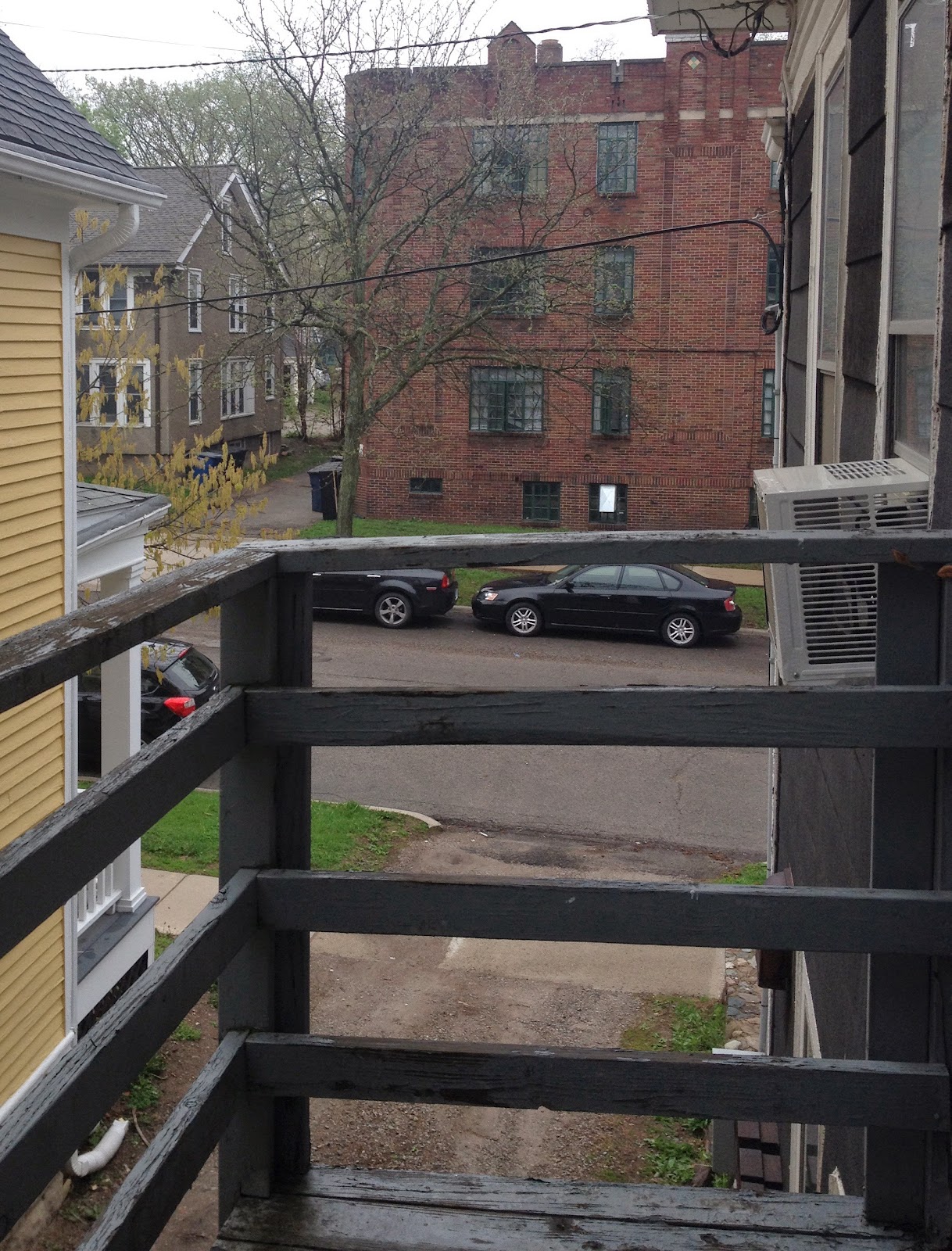 It’s not an obvious space for enjoyment. It’s about three feet by ten or twelve feet (nothing like the beautiful 66 square foot original patio of that great blog). You could fit four folding chairs on it, awkwardly in a row, or you can fit two next to each other and have a nice time together. You could probably fit a very small bistro table, or one of those half-moon little balcony tables, and then two simple chairs. We won’t. Maybe one stool with a plant on it, a plant that can move to the ground if we want the stool. Folding chairs in the bedroom, just inside the door, if we don’t want to sit on the steps.

The structure is made of wood, nailed together well enough to work, but with no thought to craftsmanship. It was painted a bland bluish-grey a few times, and the paint is forever peeling off, every time you sweep the leaves and branches off the porch. Straight ahead from the bedroom, you see three wooden bars, and between the bars (if you’re seated low) or above them (if you’re standing), you can see a bedroom through a neighbor’s window, the curtain for which she never fully closes. She could certainly see us if she looked out. To the right, south, there’s the brightest sun and a nice apartment building across the street. To the left, north, another building. There’s also a door to the other upstairs apartment, making this space less private, a little less welcoming to a takeover. Oh well.

I’m not sure how nice we can make it. It doesn’t really matter—there are so many parks nearby, bike paths and the river and picnic tables. There are patios and decks and beer gardens downtown, a short walk away. After almost two years in this space, though, it’s a fun challenge to try to add another room, another dimension, to our lives here. An easy little escape—all I have to do is open that door that is usually just a window.

So I’ll see if I can grow any plants to block the house next door. I’ll see if the herbs will do okay back there, at the southern end of the little platform. Maybe with a little outdoor rug, and the fairy lights, it will become a porch instead of a crumbling afterthought. 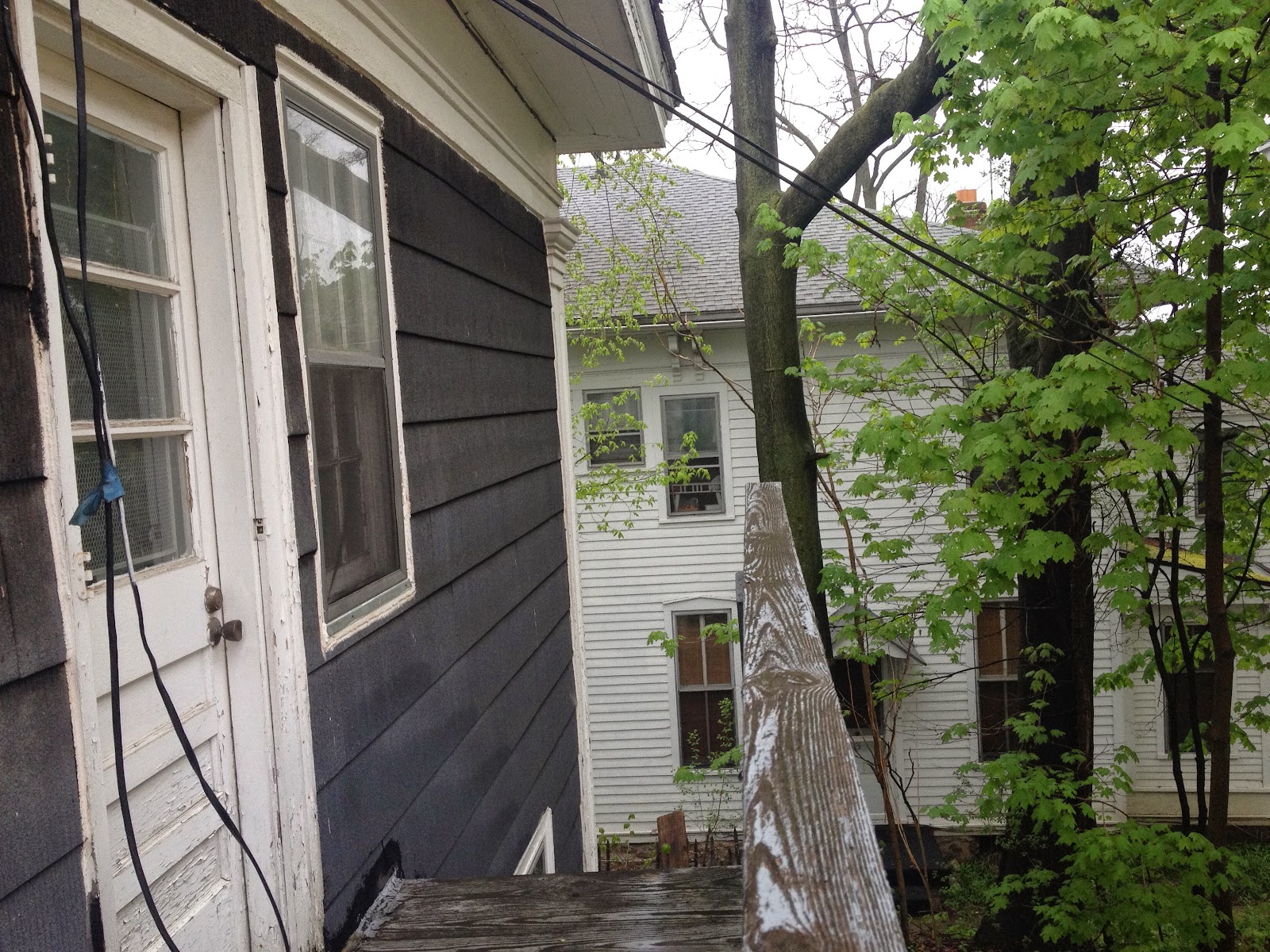