Speaking of views out my window: 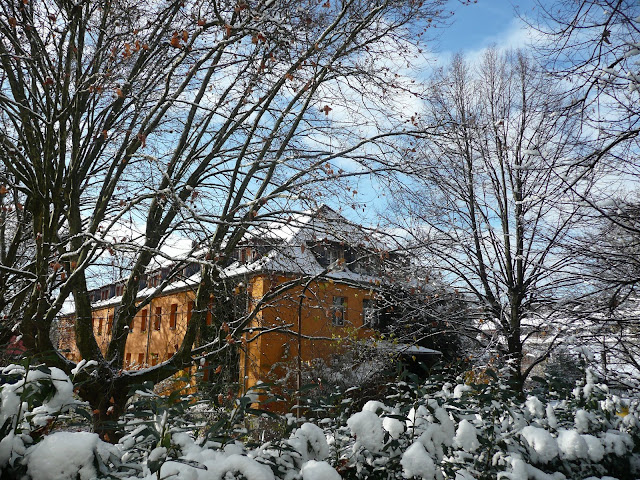 Saturday morning it snowed. Saturday night, the snow stuck and in Studentendorf Stühlinger (student village Stühlinger) people were building snowmen and having snowball fights when we took a break from the three-course meal (not including apératif and digéstif) and went on a lovely walk along the Dreisam (Freiburg's river). Sunday morning I managed to get some decent pictures. Now I am going to spend two more hours online chatting with America (North and South) before going to bed. I wrote it like that because the timestamp says sometime before midnight, so it's like I'm seeing the future. It's actually 1:41 am. Guten Nacht. 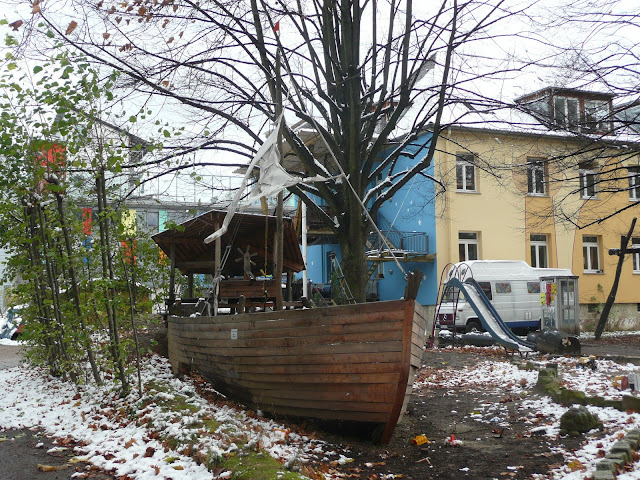 P.S. There is a pirate ship for the small hippie children who live in the "commune" that is between my building and my Straßenbahn stop. When people come to Vauban, we say "cross the S-Bahn tracks, the parking lot, the street, and then walk between the giant old busses that people live in. My building is the one directly behind the pirate ship. Go to the second/third floor—first Obergeschoss!" And then people take the wrong stop because both mine and the one before it starts with 'p'.