In the office, the rain on the roof sounded exactly like someone was faking it with a rainstick. The drops were small, precise, hitting the metal roof like needles, extraordinarily consistent. Though there was a sort of ebb and flow to the storm, at no point did it stop. Bad news for my bike and me.

The rain sound was definitely coming from the clouds, not from someone with a stalk of dried cactus trying to bring on a storm. I left the bike outside the building, made the trek to my apartment and then the restaurant on foot. Halfway to the Diag, I realized my left rain boot had split down the heel. Now I have to go back and get my bike, again on foot, because there's no other way to get from one job to the next on time tomorrow. It will be raining then, too. 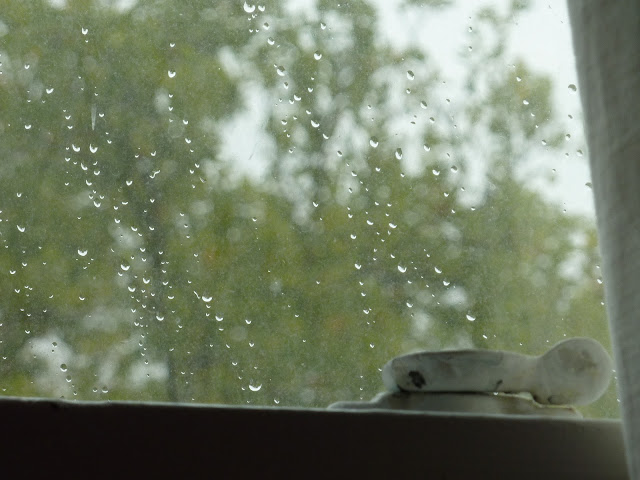 This morning, it was peaceful, dark, cozy in my apartment. When I finally committed to waking up, I spread open the curtains to these pretty little drops of rain. I used my camera with deliberation for what felt like the first time in forever. Then I stretched as far as I could. 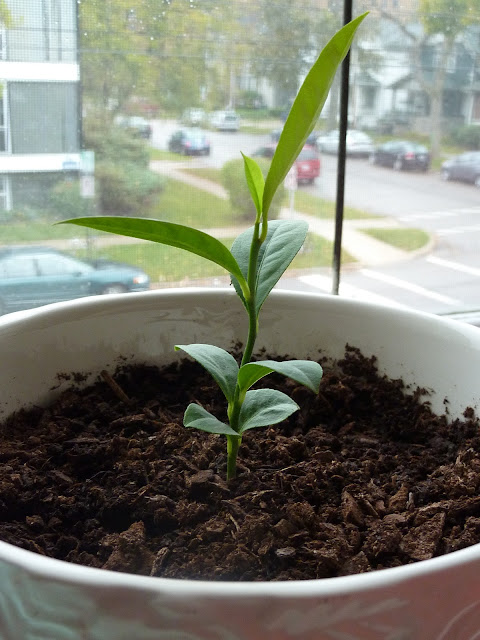 This will someday, hopefully, be a lemon tree. Even though the window climate's getting cold and the sun harder to find, in the last few days, it's sprouted another baby leaf on top. If I were my darling Rachel (Rachel! Rachel! Are you out there, Rachel?) I would probably name it, but being myself, I haven't, even though it's arguably the closest thing I've got to a pet right now. It's too dainty, delicate, and I think it would be offended to be treated like anything from the kingdom Animalia. 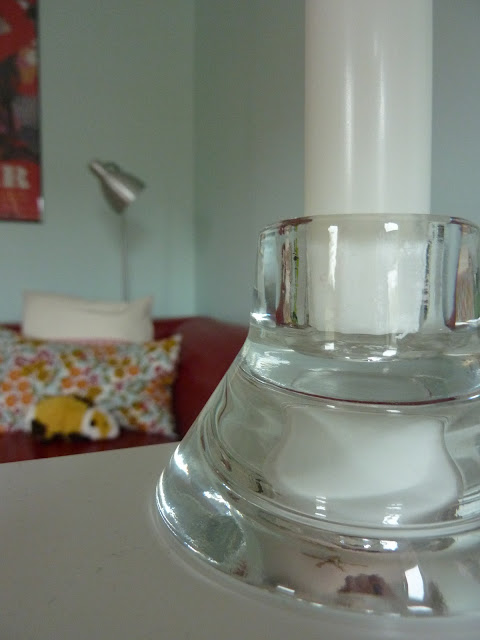 Here's the first glimpse into my new home for you, the internet. There's a game we could play, and it would be about identifying where every item in this picture was purchased, but let's not play and say we didn't. Name no names. Though the guinea pig would argue she's the closest thing to a pet in this home, she's really closer to a pillow.

I desperately miss the lover-cats. And another cat, but we'll talk about him later, because he deserves a lot more words. I do appreciate my "ice cube" walls, and my shiny spotless new white desk, and the warmth of candlelight before bed.
Posted by Marisa on Wednesday, October 19, 2011

I love this post. I can't wait to you do November on this blog. (Didn't want to type Nablowrimo but now I have so oh well)

The guinea pig is a woman?

I can't really remember. But I think so. I think the [actual] rat is a guy. Not that they have to be one of each.

IKEA, look, I ruined it. I love that the guinea pig is like a pillow, and also when it lived with me. And the tree's growth is so impressive! But why does stupid blogger no longer let me use my google account? Stupid, unless, as Emma suggests, I start my own blog, but I need a camera for that.
JF