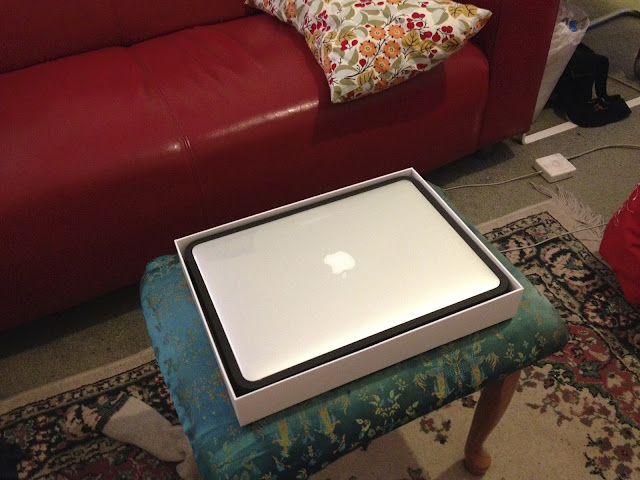 February was a big month. After much dithering, I finally bought a new laptop. It hasn't changed my life, but I also haven't sworn at/hit a computer since then.


My boyfriend and I celebrated two and a half years together and Valentine's Day in the same week. Then, in the final days of February, we signed a lease for an apartment together. One shared home with three of my favorite Ann Arborites (Table Cat and Haroun are coming too), rooms separated by doors, a bathtub, wood floors...I can hardly wait! (Still almost six months to go, though.)

Between the computer and the apartment, my savings account has taken a beating this year. And then I took a vacation. 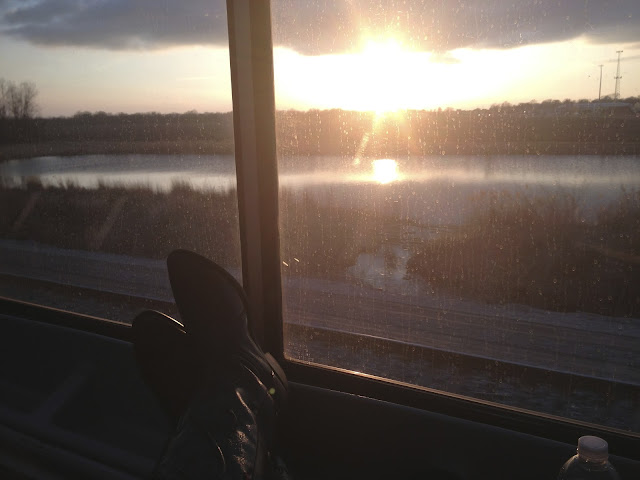 In December, I drafted a month-by-month plan for the year. Well. I listed all the months, and filled in what I knew I wanted to happen. January was cafes and translation. February was my anniversary, and spending very little money other than that, because of March. March was the trip to New York City. June is "turn 25!" August is "move or stay put." That's all I've got planned.

We didn't go to New York City. I was piggybacking on my boyfriend's research plans for his master's thesis, but plans change, and New York was taken out of the equation. Instead, I took the train to meet him in St. Louis, and we spent a day in Louisville on the way back to Michigan. Much cheaper. Shorter. Low-key. Depending on how frugal I am this month, I won't even have to spend any of the money I had saved for New York—so I can go sometime later!

I've already let some of the plans for 2013 go, or postponed them. I know that resolutions are best if they are simple, achievable, and few. I tried to keep them that way, so I could focus. But there are so many things to focus on! Nothing is perfect!

A project fell to the wayside. Snow got in the way of other plans. But hopefully our friends from Kalamazoo will be here this weekend, and soon we'll be there in turn. New York City isn't going anywhere (except into the sea?), and the trip we did take got me my first train journey in over a year and three days of fun and freedom. We enjoyed the sunshine and warm air and walked around. Once in St. Louis, my brand-new computer—which I had cautiously kept on my person for the entire train journey and then also the day in St. Louis, when all our belongings were in the trunk of the car all day—didn't come out of its case once. There was still too much internet accessible on my phone, but it's not the same. 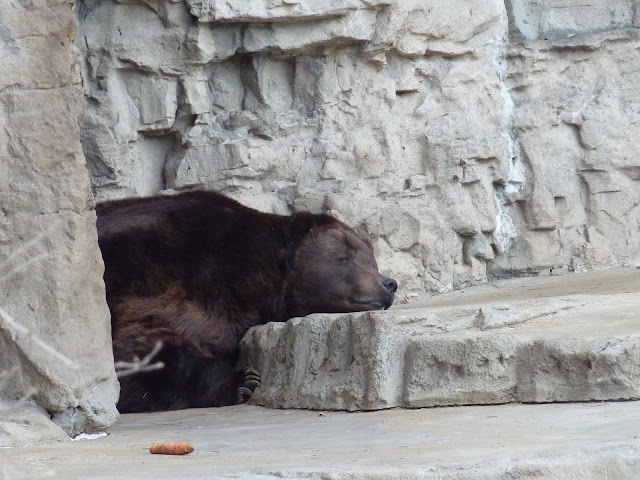 Hey Grizzly, it's spring. Wake up!

One goal for March is to corral the internet addiction-anxiety-whatever. And the obsessive analysis in the mirror when I brush my teeth before bed, which sends me into dreamland on a critical note. Be less tense is one of my 2013 resolutions, along with spend more time outside (March is a good time to start on that) and exercise still (last year was, overall, an exercise success). I went crazy and bought one month of unlimited yoga at the Phoenix Center.

Once that month of unlimited yoga is up (sometime in April, for which I so far have zero plans), maybe I'll be ready to tackle the final 2013 resolution: get a Real Job? Because, you know, a real job would mean no more morning yoga. Not that I've been to morning yoga yet. But I'm going to give it a try. 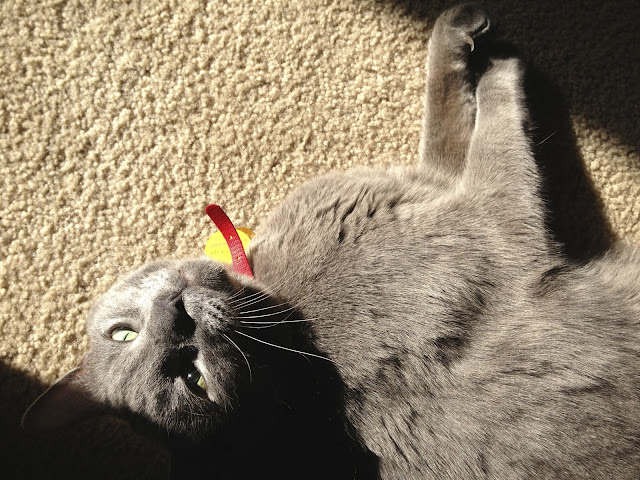 I love your life updates!!! And your life looks so light-y and beautiful!

Isn't it Tablecat? Or is this an established dispute I've forgotten about?

Anyway, you have an attractive life.

I'd forgotten about it too, but I've been spelling it as two words completely uninterrupted for all this time, so I'm surprised you've forgotten.