What if I were a real blogger? Someone who thought they were she was interesting enough to add their her favorite posts/photos/songs this week to the deluge of Friday link-roundups? (No, the pronoun article did not really interest me in the least.)

This would mean I thought I was pretty cool. Look, guys, look at all the things I liked this week, most of which you did not read or see or hear, because you are not me, and we read different things. (This is actually a useful practice, in that respect.)

But a list of links makes me panic a little. It's like the pile of tabs I have above this draft post, waiting for me to read them/send them on/put them on the list of things I meant to read but haven't yet. Those lists. Those lists. There are so many links in the world! So many links.

Should I really contribute? Can I even remember what I liked this week? Do real bloggers keep a running list on an e-sticky note on their desktop, so they know where to send their readers at the end of the week?

Emma returned to the blogging world recently! And blogged about captivating photos from the USSR.

Russia continued to be a bad place. (Spiegel probably told me this a lot, but I delete Spiegel newsletters as soon as I've looked at them, because anxiety.)

I continued to not be Emma, and didn't read that much about Russia.

I'm halfway through this post about William James and being an expat in Berlin. It was published in December. I like it.

John showed me how he makes these delicious chicken pot pies, adapted from Stephanie on 3191, adapted  from a cookbook. (We added potatoes and decreased the other veggies.) All I want for the rest of forever is a pile of them in my fridge. And a few useful belts. 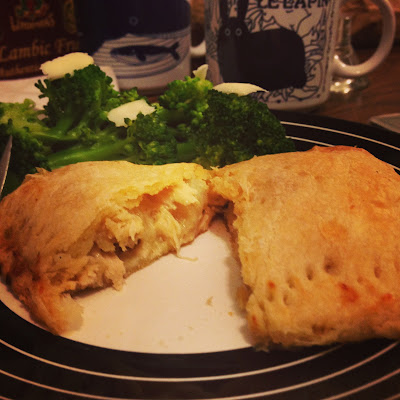 I thought a lot about big dogs, and soon John was, and now I have this great series of photos to look at whenever I want.

The Billfold posted a link to a useful-looking budgeting spreadsheet. I'm attached to mine, which is unwieldy, poorly organized, and almost six months in, so I don't know if I'm going to try this one out.
*  *  *
How'd I do?

In principle, I support the use of "they," because it makes sense and doesn't sound any worse than randomly assigning a gender or and it sounds a lot better than "he or she," but I can't bring myself to do it in my own writing. But here you don't really have a reason unless you're joining the gender-neutral cause.

Also, if we're going to be grammarians, shouldn't it be "she were" because it's still subjunctive like the first sentence? But who would actually say "were"?

Blahblahblah, who knows why I chose to say were instead of was in the first sentence.

I've been making a lot of pot pies lately. Okay, two. Both with biscuit tops, from Budget Bytes. The first was made half according to the recipe with roasted whatever-root-vegetables-are-in-my-fridge and the second was mostly made according to the recipe. Both were good. The cats thought so too, and knocked the first one off the stove.

Bad cats! Pot pies should never be squandered, only savored.

It's probably time for me to thaw some from my freezer and see if they actually freeze/reheat well, as reported. Yay for more pot pies in my belly!