(By which I mean, its focus on study abroad in Germany has flown the coop for good. And it gets a hilarious title bar.)

It's over four months since I returned to the States from Germany. I guess the tag line of my blog—Being brave and facing life in Germany (and in general)—is no longer completely fitting. Or my life is heavy on the 'in general.'

In that spirit, how about an overview of fall 2009? I went back to normal school, where we sometimes spend too much time in class and the crazy hours of the night working because we actually have homework. I learned about Islamic history, read about Berlin, and translated part of a German novel. I returned to French. The semester was overwhelming and often frantic, but it was rewarding as well. I learned a lot and was more proud of the work I did than ever before, despite an overabundance of unnecessary assignments. Procrastination is more fun at home in Michigan, because misery loves company and we were a household of six, plus two cats and a fish. Often, at least three of us raced (or simply disregarded) deadlines late into the night. The company may not have helped our productivity, but it was fun, and the biggest thing I was missing in my WG in Germany. A Wohngemeinschaft is an apartment-sharing community, but my Wohngemeinschaft was short on the Gemeinschaft (community), as I'm sure I've written in the past. 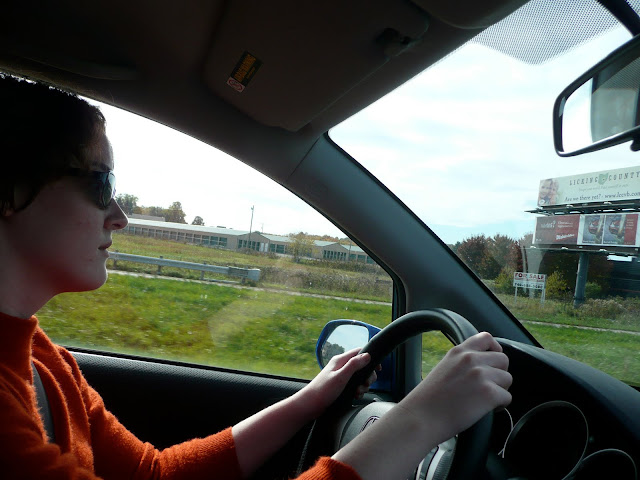 Although I was happy to come home, and Ann Arbor and my friends here hadn't changed too much, this community is less cohesive than it was the summer before I went to Germany. Friendships have waxed and waned over the course of college, and they've become even more fragmented in the last weeks, as people start to move away. Graduation and the threat (or promise) of real life is looming—just four short months away.

Let's not talk about that right now, okay? Let's talk about something else. I'm still behind on uploading my photos; I'm almost done with Ireland, which brings us to mid-April 2009. Our internet has reached an unprecedented level of terrible in the past few days, so my goal of catching up before Christmas break ends will be hard to reach. But that's what I want to do: catch up and get ahead. It's 2010, after all. The future is upon us! Sometimes I want to reminisce about my year in Europe and cover the things I never wrote about while I was there, but now doesn't feel like the time. At the same time, looking to the future involves looking to the past. What worked about study abroad? What about Europe worked for me, and what didn't? Was it connected to the place, the people, or the entire situation? What parts of college failed, what has been good? And what what what does this all mean for what I want to do and where I want to go? (Not talking about post-graduation is actually impossible.) 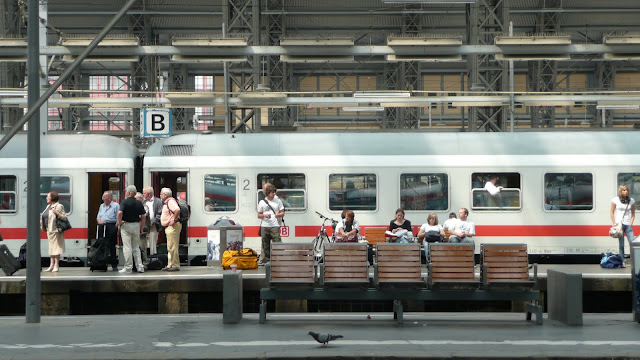 In the end, what I need to do is take the time to think and write and reflect about everything. Not just dash down the same things I always say. "How was Germany?" "It was long," I like to say, "but fun." You have to condense it, especially since most people probably don't care that much, but that year of my life is more than one sentence. And it's more than the feelings of the last few months in Germany and the exhaustion of travel and the stress of term papers and the frustration of learning little thoroughly and staying up way too late and trains and photos and—well, I don't think I can attach the same significance to the year in Europe as so many of my friends do. I wanted it to mean everything, but I unsurprisingly failed to reach my expectations. I agree with what one friend said: "Germany's like America, except the people speak German." There are differences, of course, but they're not earth-shattering. I don't like to fake enthusiasm. At the same time, I'm sick of being so blasé, so I want to think it all through again—but I don't know that it will change anything. 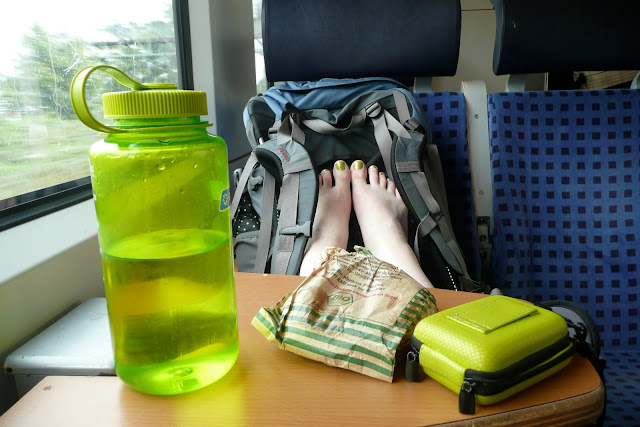 I was going to change the title of this blog, because I'm not traveling all the time anymore. I'm not a wandering vagabond, and I'm not homeless yet, either. But my current address does expire within four months, and unless the worst happens and I opt for my permanent address, I should be on the move again soon. So I'll keep der Landstreicher for now, and of course I'll keep laughing in my head about how you'll need this for when the Prussians come. I don't know that my ambivalence toward Freiburg rules out a return to Europe, and I don't know that loving my friends means staying within driving distance or even the Verizon network. I don't know that a German major means returning to Europe, either.

Somewhere along the way, though, something had better mean something. So here's to a renewed effort at being brave and facing life, in general, and to finding the specific to juxtapose with the general.

The bar thing with Table Cat is awesome!

Thanks! I love it!