Let's All Get Couches!

I am thankful for my red leather Klippan* couch, which is truly a dream come true for me. Not everyone likes IKEA, not everyone likes this iconic model, which is mainly known as a cheeeap couch, not everyone likes leather. I don't really like leather. But when I saw this couch the first time, I knew I had to have it. If I entered and won that $500 IKEA sweepstakes, that beautiful beautiful gift card would have bought me my $500 red leather Klippan. At the time, it seemed like an exorbitant amount to spend on a couch that's not even that big (it only comes in Klippan-"loveseat," which while bigger than a loveseat, is not as big as Klippan-"sofa"**). It would be a frivolous purchase, even if it waited until I was older with a job and things. Because it's red, and leather, and a little silly. But someday, I would own it—my future self, who has $500 to spend on a single item. (Can I talk to you, future self, about some things you could buy for me?) The couch would last, and then when I became more serious and needed more couches and a real life and had children and new boring concerns, maybe it would be moved into the bedroom, where it would be a wardrobe-extension by day (putting clothes away is hard), occasional site of refuge, reading in the bedroom with the door firmly shut, by night. It would be the symbol of a wilder youth.

My youth, you guys—it has been so wild. Still, the couch would be a prize, held onto and cherished and hidden from children who might throw up on it or scratch it. I imagine that children are loads of fun all the time, you see.

But lo, a miracle. $250 advertised on Craigslist. $220 in person. Used, but gently. It's the second year of my dream couch and I still love it. 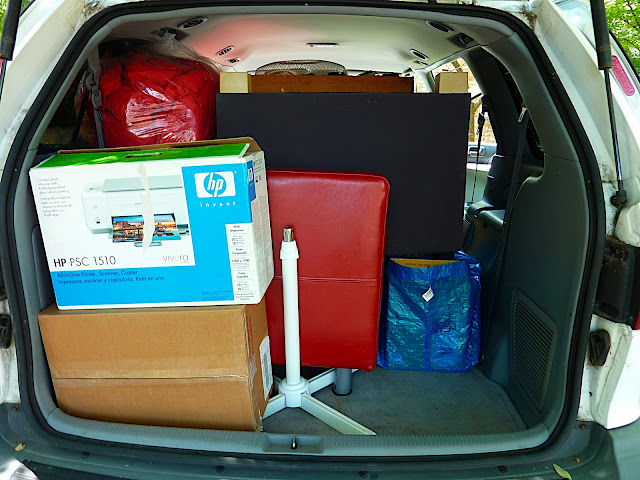 Moving it (and my super cheap IKEA sofabed stacked on top, and my bedding and my popcorn maker and my printer and my fan and my everything) in my parents' minivan to Emma's and my attic apartment, last August, not this August that just happened. My dad is a great packer. 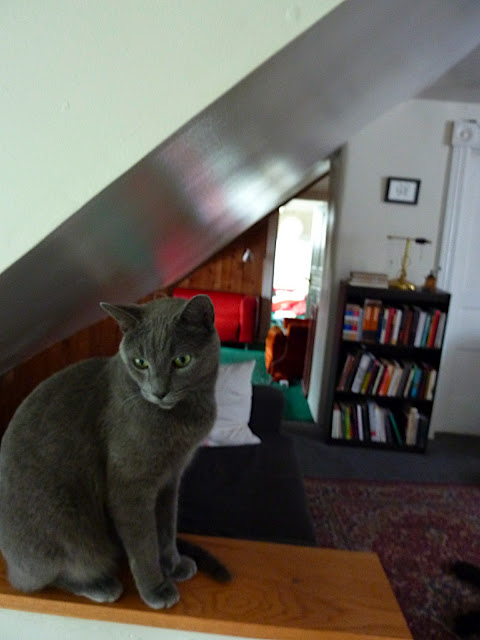 I'm also thankful for Table Cat, even if he is blocking the view of my couch. Ah, attic living. 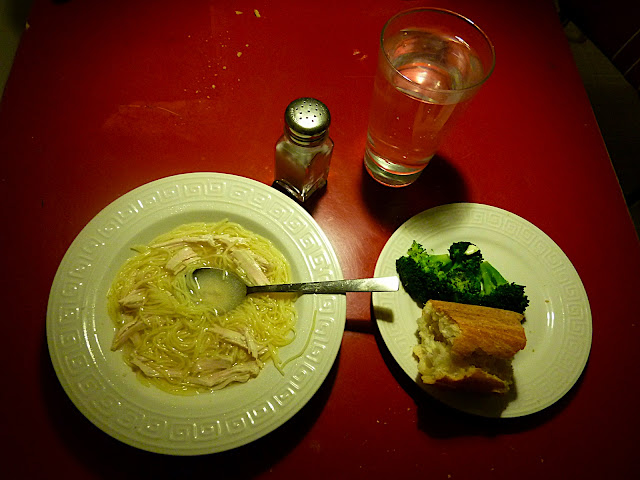 I'm thankful for this delicious turkey soup, made from the carcass of the turkey my boyfriend's mom made. Yum yum. So lovingly separated for me from the rest of the broth before unnecessary vegetables were added to it. It kept me happily fed those last two days before heading homeward. 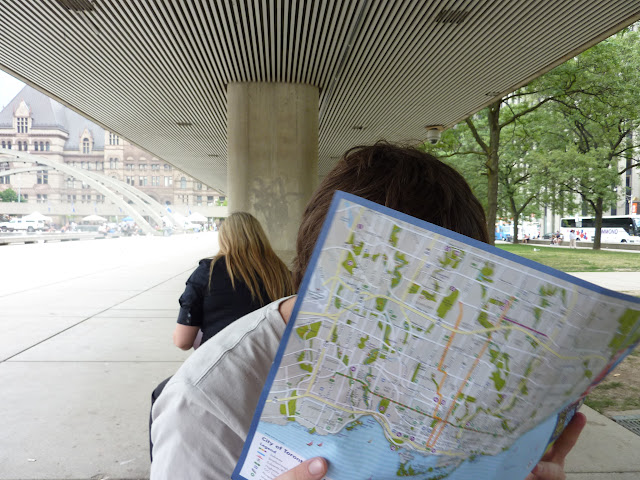 Thank you, friend, boy-, soup-maker, for cooking that carcass for seven hours until I got to enjoy that wondrous turkey broth. (I will, apparently, never type 'broth' without typing 'brother' first.) Even if you hide from photos that incriminate you as a wearer of sunglasses, you did pay for an entire day of me in Toronto, complete with you reading the maps, me sleeping on a beach in the Beaches, each of us eating two scoops of some of the best ice cream ever, and all the rest, just because I turned a year older sometime in the past month.

Thank you for actually picking out and purchasing your couch after three trips to IKEA in as many months. Such a feat. Even if yours isn't quite a dream come true. Let's all get couches!

*Recently discontinued, as I revise this in 2015.
**I'd forgotten there used to be Klippans bigger than 2-seats, but I assume this was also once true.
Posted by Marisa on Thursday, November 24, 2011