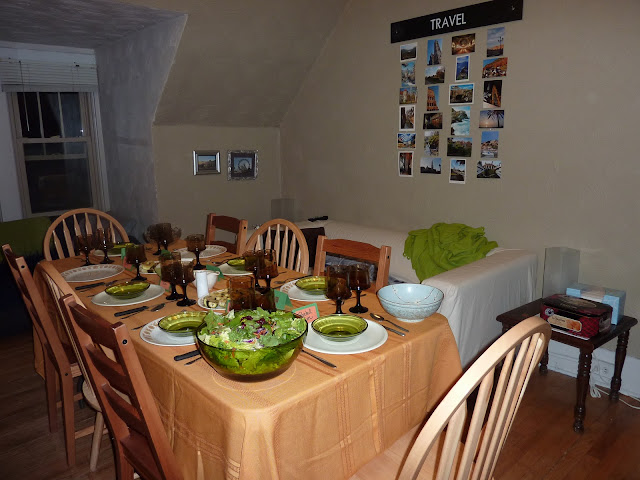 Yesterday we had Thanksgiving with my boyfriend's mom and brother, before heading to Cranbrook. Today, I took off the last hour and a half of work at the restaurant so I could make it to my brother John's apartment in time for the appetizers at his and his roommate's lovely Thanksgiving—which was the site of my brother's first turkey attempt. It was a success, and the gravy was, in one guest's words, the "best [she'd] ever had." 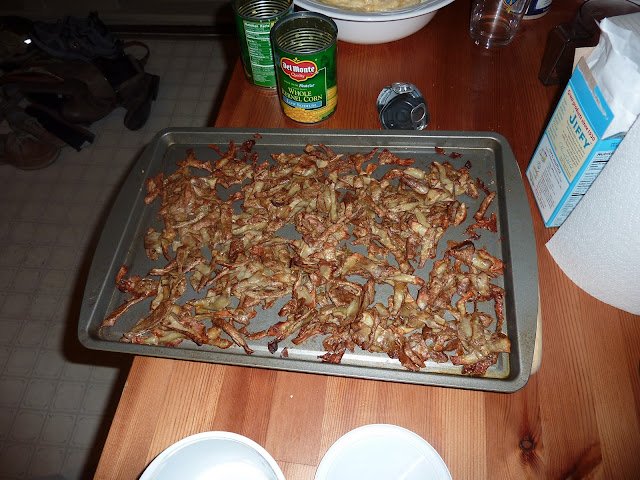 Skins in mashed potatoes is a crime in my book. But never fear—you can bake the skins with oil and enjoy them, instead of throwing them in the trash! This was a revelation for some of us. 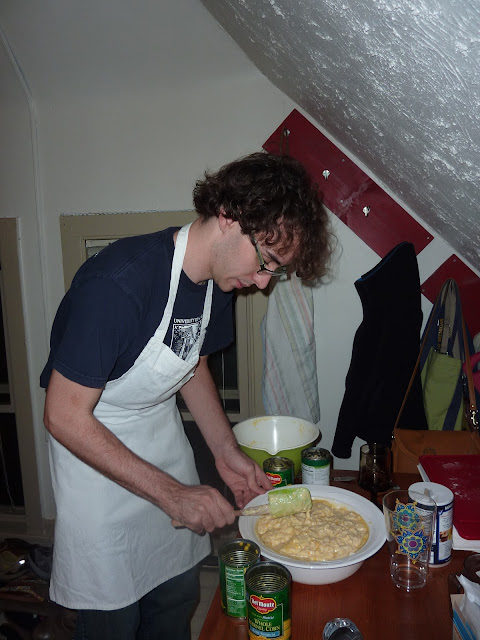 The great tragedy of the evening was that the double-batch of corn casserole, which is a must for any Thanksgiving meal John attends, failed to bake in a timely matter. The shape of dish and the sheer mass of it resulted in a jiggly mass of corn muffin mix, sour cream, and canned as well as creamed corn hours after it should have been done. The crispy edges that baked were still delicious. But I, foolishly thinking my stomach was recovering from the meal, ate two buttery little morsels of it. And I could feel how there wasn't any space free for them. 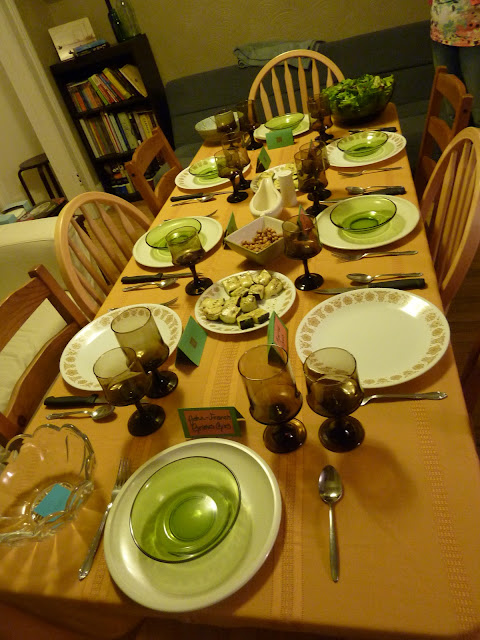 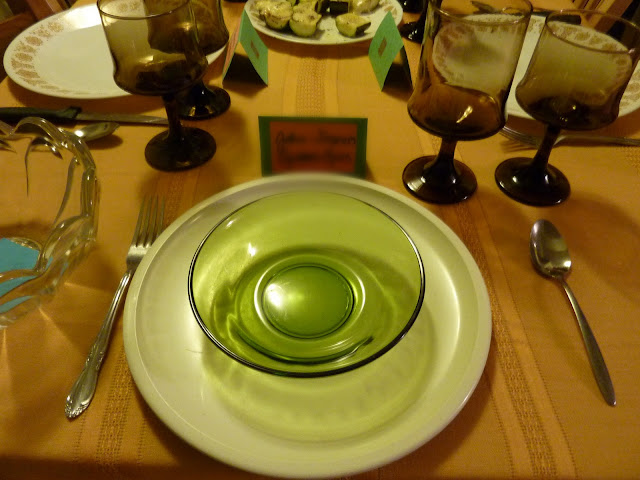 The table was beautiful (complete with name cards!), thanks to Rachel, his roommate, and the mulled white wine sangria was delicious. We finished it all off with raspberry chiffon and apple pie—prettier in person, I promise. 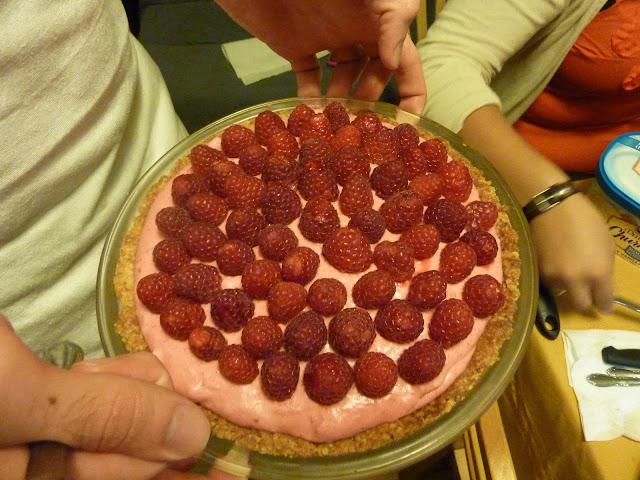 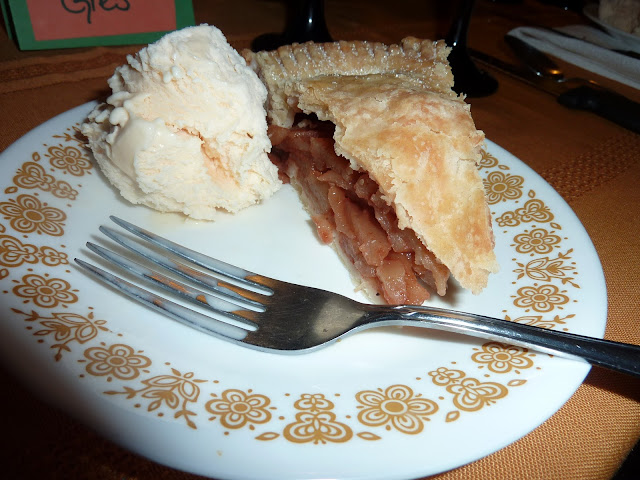 Eventually, I ventured forth toward bed. I cannot convey to you the pain of biking with Thanksgiving in your stomach.