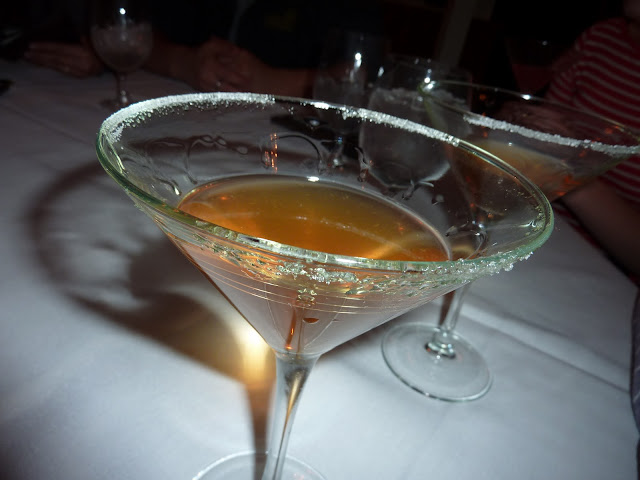 You know what's great? Sidecars. Look how goldy that beautiful thing is. Look how pretty, the sugar rim. And the shadow!

If only the Coach Insignia, the restaurant at the top of the Ren Cen, was less boring-slick and more cozy-fancy. It's still a great stop on a birthday night (that was almost six months ago but I can still bring it up), and you can't beat the view in this part of the world. It's even better to have a Detroit expert with you, but either way you're so high in the sky and there are so many lights forever, because that's how this giant metro area works.

We were there on the weekend (two weekends ago already!) with Emma and Ali and Drew. Drew's friend joined us, taking a break from night three (?) of the anime convention taking place in the building. Why I didn't take photos, I don't know, but there were teenagers and not-teenagers in all sorts of costumes running all over the place. Not so much in the restaurant. We didn't see many people who were old enough to drink, and if you're doing it all weekend, you probably don't want to be paying Coach Insignia prices. Cocktails, all weekend! Nope. 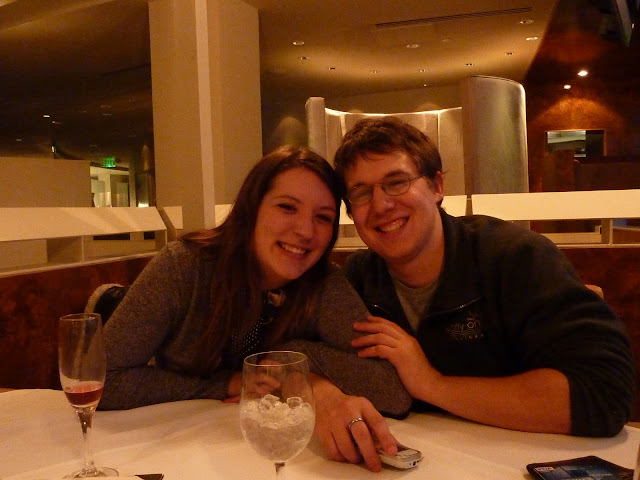 Ali and Drew posed perfectly. It was their last dating anniversary—next year, they'll be married! I don't know why they wanted to spend it with us, but I enjoyed it. The photos with me in them failed, so I shall allow them to fade out of memory.

Ali's drink was also pretty. It was pomegranate liqueur and champagne. Not as good as the nineteen-dollar Kir Royale I had once by accident (the accident was the price, not the drink). Drew passed up drinks for a huge, delicious piece of apple pie. Also not pictured, because I'm not used to keeping up with my blog.

Now comes the part where we think about winter. 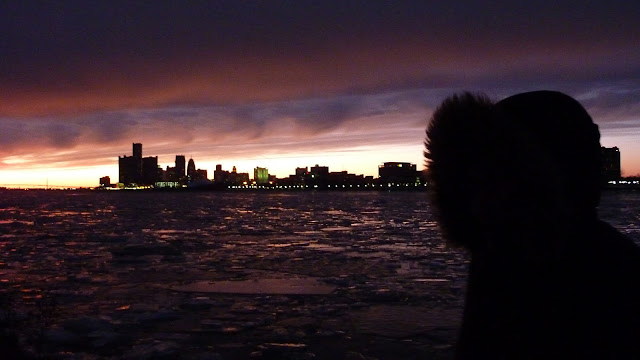 This is what's coming. I'm sure of it. Sunsets, and broken-up ice the whole width of the river. And down coats with fur-trimmed hoods—I got one this year. I'm ready. Just like Emma, pictured above.

My ice-cold indoor nose is not ready, however. I get that computers are hot, but do they have to air-condition the Fishbowl this much? Glühwein, anyone? Such a nice word. Glow-wine. Mmm.
Posted by Marisa on Wednesday, November 16, 2011