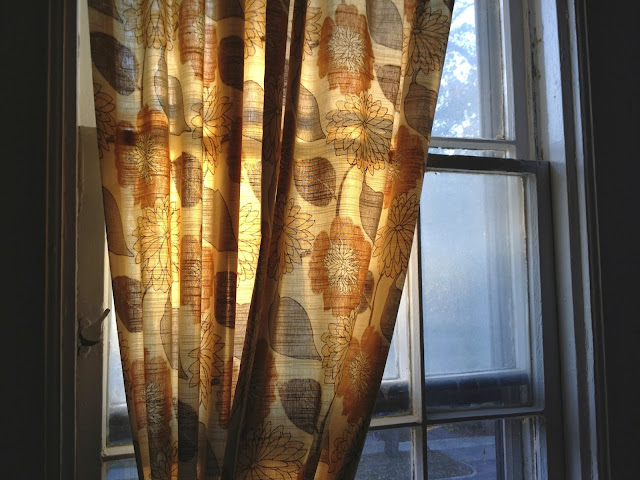 It's a grey day here in Ann Arbor, perfect for curling up with the cats. (They're both already curled up on the bed.) I was strong, though: I biked to the Y in the light drizzle with a high chance that it would be actually raining when I headed back home and I did what I planned to do. Well, what I planned to do there.

But I forgot to prioritize this blog, and lunch with my boyfriend's mom and brother ran long, and my Shutterfly order had come in the mail, and then it was time to get ready to go to work. Already. I have to leave in about one minute to bike to the restaurant, in order to arrive ten minutes before my shift starts, as I am supposed to do, even though they don't pay me for those ten minutes.

It's day two of NaBloPoMo and I'm already remembering the objections I should have had before I foolishly started. Why choose the November in which I have not one, not two, but THREE jobs as the November to blog every day? I mean, last time I did it I didn't even have internet, but having THREE JOBS is also kind of crazy. And trying to exercise again...Cooper beat me 6-4 last month, on the workout count. Actually, it was 8-4, but he didn't tell me that until today, which isn't fair, because those extra two might have motivated me more!

Anyway. I will not be late for work, but if I didn't have to work, I would like to consider the lovely Pacific almost-sunset image below with you. It's one of the prints that arrived from Shutterfly today and I love it because the light is golden and that's an ocean and also—the road is right on the ocean! Ahhh! And right after that happened I had some good fish and chips and then my uncle drove us the rest of the way to Santa Cruz, and the rest is history. 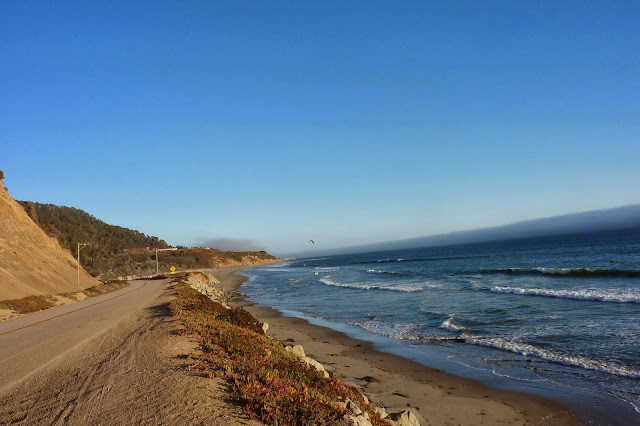 Actually, it isn't history, because I haven't blogged it, or even posted the photos to Facebook. And it's been years. That's what November is for!