What if this was my view every morning when I got stepped out my front door? 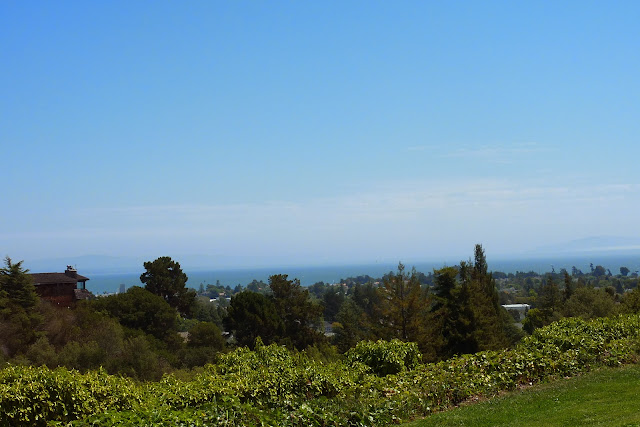 I guess it would mean that I had moved in with my Aunt Kathy. Also, there would probably be fog, but that's not the point. The point is that this is a great view, and you could have a great staycation if you lived in the Santa Cruz hills. (I think this qualifies as a pretty good hill, right?) I'm all about staycations right now, as of last night. Since I don't get that many days off, especially in a row, I pretty much only justify taking them when there is a capital Reason I can't be at work.

I haven't just said, "Fuck it," and stayed home to catch up/sleep in/avoid all obligations since college ended. Granted, I've slept in until 11am back when I usually didn't start work until 1pm, or I've gone back to bed at 11am, which is also not the greatest idea but is sometimes Necessary. But except for one time when I called in sick because I hadn't eaten in days and felt awful, I haven't just skipped out on everything. And so as of last night, when I was freaking out about something, although I thought it was before I started the health insurance application, I desperately want a staycation.

I did book plane tickets to Florida in the winter. That is a vacation, not a staycation, but it will be great. One benefit of my temp job that is ending soon is that maybe I'll be mostly-unemployed for a while! This is mainly a problem, but it would be nice if I could arrange to also not work the other jobs for a patch of time so I could...reorganize my closet again? Spend every morning in the sauna at the Y?

No, no, it's all a dream. It would only be great to be unemployed if I got a severance package and unemployment checks. For a little bit. And then a great new job!

I'm not going to quit my jobs all at once for no reason. I'm too responsible and scared. But I have been wishing for some sort of job that would conveniently end in time for a great road trip across the country, or backpacking trip across Europe, or anything that presents me with a big patch of glorious time to myself that I could fritter away but can't fill with something boring and pointless like scanning course evaluations from the late eighties and early nineties for two work days. (What a job.) The motivational bloggers of the internet are always saying that you should do the things you think about doing all the time, because there's a reason you're thinking them. If I did that, my life would be all over the place and completely impossible because I think too many different things.

I think I would quit my jobs after Christmas, when I realized there weren't enough hours to work at the restaurant, and move to the wilderness with several tons of cat food and litter, my down coat and a great sleeping bag, and an adorable tiny house all in naked wood and light, bright colors. And then spring would climb up the mountains and the three of us would reach enlightenment.

Well, no. But the forest would be pretty great. 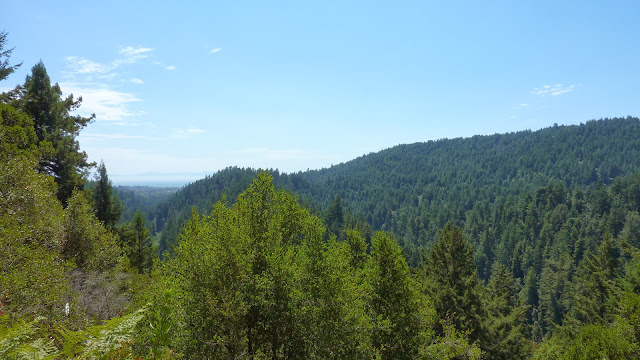 I hope you enjoyed this babbling, and this California sunshine.
Posted by Marisa on Thursday, November 14, 2013

I did enjoy this babbling and I'm glad to see you're posting again.